If you have a free day to visit our town, we recommend, as a first option, going on a guided tour to give you a general idea, following these recommendations or participating in one of the guided tours of Padrón or the garden.

At the end of your tour, we recommend eating in one of the town’s restaurants, which offer à la carte cuisine, menus of the day, portions and tapas… and savouring our local produce and other outstanding gourmet products: Padrón peppers and lamprey (in season), octopus, Galician meat and fish from our coast, washed down with local Albariño wine, and accompanied by our traditionally-baked bread… But not before beginning with an aperitif of “empanada” (Galician pie) and Galician vermouth, and finishing off with Padrón’s typical liqueurs and confectionery.

After your meal, you can discover #LiteraryPadrón by visiting its two Museums: the  Rosalía de Castro House-Museum, the place where the writer spent the last years of her life, and which features a look at her life and work. And the Camilo José Cela Foundation, which houses the writers legacy in a chronologically organised permanent exhibition in a historic building.

​If you still have time left after these visits and you feel like a stroll, we recommend following some of the featured routes around Padrón: the Camilo José Cela Route and/or the Rosalía de Castro Route, which also includes As Torres da Hermida in Dodro.

Please note: Some points on the Rosalía de Castro Route and the Camilo José Cela Route coincide with the suggestions in this morning’s guided tour. You are therefore recommended to plan the routes beforehand.

Check our guide to see if there are any activities planned

Choose from among Padrón’s accommodation establishments: hotels or boarding houses in the town centre, larger hotels in the surroundings, or cottages in Padrón’s countryside.

Back to top
Travel Agency
Continue to day 2

Padrón is located between two rivers: the River Sar that flows through the town and the River Ulla, which features incredible scenery as it crosses one of Padrón’s rural areas, and which we recommend that you discover on your own.

You will have to travel to the area of Bandín. Once there, you can complete this small 3-km route located at the foot of a place full of legends, known as Castro Valente, which begins at the Chapel of La Virgen de la Merced and takes us to its miraculous fountain… And you might come across the odd person along the way!

After visiting the area, we recommend stopping for a while at Sinde Bridge that crosses the River Ulla, where there are several “pesqueiras” (weirs) that are still used to catch lamprey. 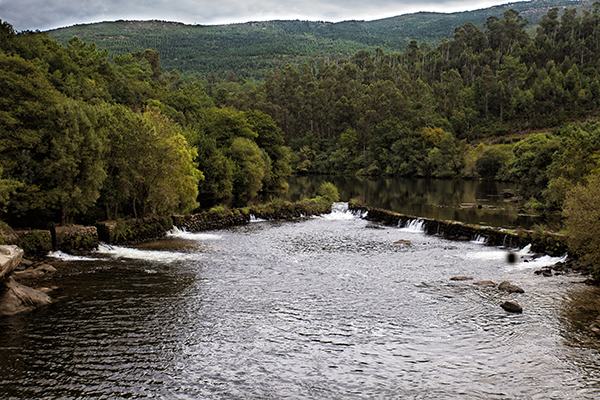 We recommend taking it easy on your way back to Padrón town centre, so that you can enjoy the view of the river on the left, and Monte Meda and Castro Valente on the right… while imaging all the stories that are related in this section and that have been passed on to us by the residents of Carcacía and Bandín. Thanks!

At the end of your tour, we recommend eating in one of the town’s restaurants, which offer à la carte cuisine, menus of the day, portions and tapas… and savouring our local produce and other outstanding gourmet products: Padrón peppers and lamprey (in season), octopus, Galician meat and fish from our coast, washed down with local Albariño wine, and accompanied by our traditionally-baked bread… But not before beginning with an aperitif of “empanada” (Galician pie) and Galician vermouth, and finishing off with Padrón’s typical liqueurs and confectionery. 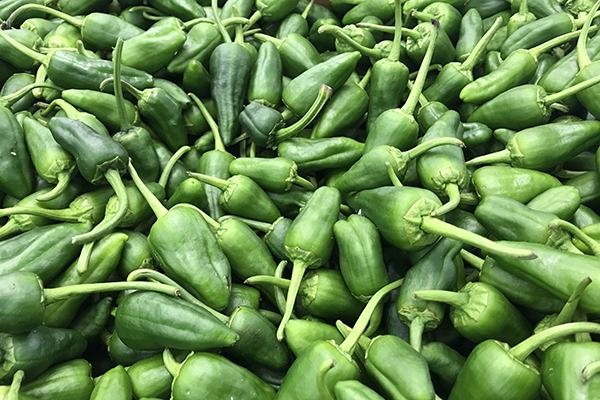 After getting your strength back and resting in your lodgings, you should head to the same area that you visited this morning. About 10 minutes after passing Herbón, in a high area with bends, you will see a spectacular viewpoint on the right called Mirador de Lapido, which features spectacular views with the River Ulla in the background.

Following the route, we recommend continuing as far as Carcacía and visiting the recreational area on the banks of the River Ulla, near some “pesqueiras” (weirs). Depending on the vegetation, you will be able to see the Chapel of La Marced on the other side of the river.

Back in Padrón, as the last stop of the day, we recommend taking the road on the right that leads to the Franciscan Sanctuary of Herbón and visiting the area. Here you can follow the Pepper Route that will take you to the Romanesque Church of Santa María de Herbón and the “pesqueiras” (weirs), passing by several fields and greenhouses where peppers are grown (in season). 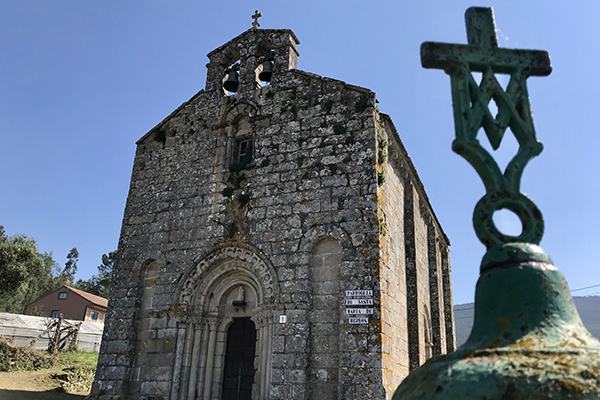 In order to round off the day, in this same place you can visit the emblematic Franciscan Convent of Herbón, which is inhabited by several Franciscan monks, and participate in their guided tours during the summer season, which is when they perform the pilgrim’s blessing after mass.

Please note: See the opening times of the Chapel of La Virgen de la Merced and the times for guided tours and mass at the Convent of Herbón​.

Check our guide to see if there are any activities planned

Choose from among Padrón’s accommodation establishments: hotels or boarding houses in the town centre, larger hotels in the surroundings, or cottages in Padrón’s countryside.

Back to top
Travel Agency
Continue to day 3

​Day 3. Padrón and other places linked to Rosalía de Castro…

For your third day in Padrón, we recommend touring the area around Padrón, and exploring the life and work of Rosalía de Castro, following the Rosalía de Castro Route that runs alongside the River Sar. This is an excellent opportunity to enjoy places related to the writer: those where she lived, those she wrote about… with alternative options for enjoying nature trails, depending on how much time you have.

During the morning, after leaving your lodgings, if you have already visited the places linked to Rosalía in Padrón, then you can head towards As Torres da Hermida in Dodro, the place where Rosalía lived, gave birth to some of her children, and wrote some of her work.

Regardless of your choice, we will visit the following sites. Departing from Padrón and after visiting Dodro, you can stop in Iria Flavia and Adina Cementerio or continue on if you have already been there.

In Santiago de Compostela, the following are essential sites on the Rosalía de Castro Route: Plaza de Vigo, which features a monument paying tribute to Rosalía since it is close to her birthplace, which used to be called Camiño Novo; and the Pantheon of Illustrious Galicians in San Domingos de Bonaval, where her ashes are kept, along with the remains of other well-known Galician writers such as Castelao.

If you have time, we recommend touring places linked to Rosalía in the city of  Santiago. Visit the park called the Alameda featuring a statue of the writer, stroll around the streets of the old town where she lived, the Hostal de los Reyes Católicos as the place where she was christened and that is mentioned in her book En Las Orillas del Sar, and the Cathedral, a monument to which she dedicates several poems in her book Follas Novas.

After visiting Santiago, you can eat in the city or head towards the neighbouring municipal district of Ames, to visit the area of the Church of San Xoán de Ortoño. In the surroundings, in the place called Castro de Ortoño (since it was the site of “castros” or Iron Age settlements), there is the house where Rosalía’s father was born, featuring a plaque commemorating the birth of the research institute called Seminario de Estudos Galegos.

You should then head towards the neighbouring municipal district of Brión. Once again, there are two alternatives: either go the Church of Bastavales and finish the route there or, before that, visit the town of Brión, where the Town Hall is located, and sit in its hundred-year-old “Carballeira” (oak grove) featuring the Sanctuary of Santa Minia, where the saint’s feast day is celebrated every September 27.

The Church of San Xulián de Bastavales stands out for two main reasons: it houses the belfry with the famous bells that Rosalía heard and that she mentions in Cantares Gallegos; and provides an excellent panoramic view of the Maía Valley as far as the city of Santiago. There are several interesting elements in the church’s surroundings: the Chapel of El Carmen or an ensemble made up of a fountain and “cruceiros” (stone crosses).

This tour will enable you to discover the life and work of Rosalía de Castro. Although it is not actually part of the Route, the ancestral home called Pazo do Faramello is close to Bastavales. Its idyllic location surrounded by native vegetation and at the foot of a “castro” (Iron Age settlement) make it a great place to visit. In the words of Rosalía, “in the pazo that never frosts over, its beauty froze my spirit”.

Please note: Check visiting times of the Pantheon of Illustrious Galicians and Pazo do Faramello.​

If you have more time, there are recommended routes in the surroundings of places located on the Rosalía de Castro Route in Santiago (Brañas do Sar trail) and in Ames (Along the Sar Riverbanks).

Back to top
Travel Agency