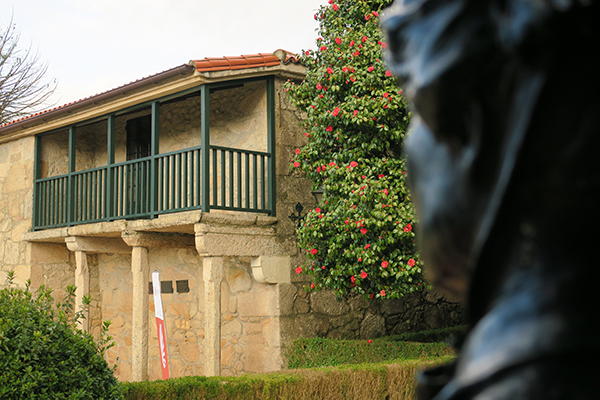 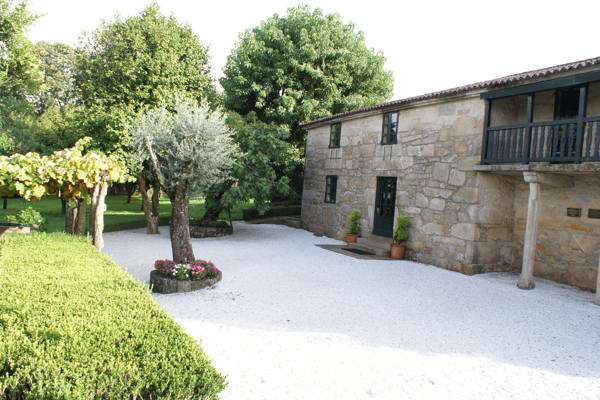 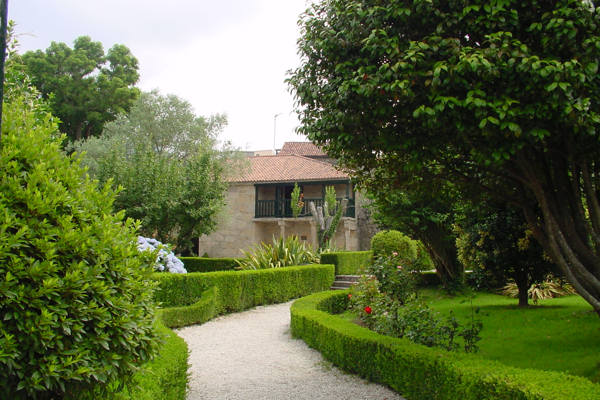 Rosalía de Castro, daughter of the noble Maria Teresa de Castro and Abadia, from Arretén (Padron), was born in Santiago de Compostela in 1837 and was named the daughter of parents that chose to remain incognito.

She grew up with her mother in Padrón and then moved with her to Santiago de Compostela, where she received her schooling, and to Madrid, where she published her first book of poems La Flor, (1857) and met and married Manuel Murguía. A writer in prose and verse, her poems Cantares Gallegos (1863) took her to the vanguard of Galicia’s cultural renaissance and with Follas Novas (1880) her Galician poetry rose to the highest peaks in its history. In Spain, it is worth mentioning her novel El caballero de las botas azules (1867) and the poetry collection En las orillas del Sar (1884), which was her last work.

She spent her life wandering around different towns and cities of Galicia and outside Galicia, living the last years of her life in Casa da Matanza, Padrón, where she died in 1885 at the age of forty-eight. She was buried in the cemetery of Adina (Santa María de Iria, Padrón) and, in 1891, her remains where moved to the Pantheon of Illustrious Galicians in San Domingos de Bonaval, Santiago.

In the fall of 1947, the Rosalia de Castro Trust was established in order to repair Casa da Matanza, which was restored in 1971 and converted into a House Museum in 1972. The Foundation, which continues with the Trust’s work, is the current owner.

Since it opened its doors to the public, the Rosalia de Castro House Museum has become a symbolic reference point of Galician culture, being the house that keeps the memory alive of the person that is considered Galicia’s national writer.

Easily accesible, on foot and by car