Camilo José Cela Trulock (1.916-2002) was born in Iria Flavia on May 11. He spent his childhood in Galicia, until in 1925 when his family moved to Madrid, where he published some of his early poems in 1936 and publishing his first novel in 1945, La Familia de Pascual Duarte

In 1956, he founded a magazine called Papeles de Son Armadans which became a cultural reference in Spain in the 50`s and 60´s. And in 1957 he joined the Real Academia Española which is the official royal institution responsible for regulating the Spanish language.

Author of plays such as La Familia de Pascual Duarte, Nuevas Andanzas y Desventuras del Lazarillo de Tormes, Viaje a la Alcarria and La Colmena…,which wins the Nobel Prize for Literature in 1989, el Cervantes (1995), and el Príncipe de Asturias (1987 ) and in 1996 he was ennobled and received the honor of Marquis of Iria Flavia by King D. Juan Carlos.

In 1991, he inaugurated his own foundation in the town of Padrón, a desire that he had for years.

The Foundation is headquartered in Iria Flavia, opposite the old collegiate church of Santa Maria Maggiore in Iria Flavia, the current building used to be huge houses that were built as a canonical residence in the XVIII century.

It has a total area of 11,000 square meters, a library with of over 45,000 volumes, an art gallery with over 700 original paintings a 178 seater auditorium, classrooms and galleries, along with a widely landscaped area. The John Trulock Railway Museum displays a sample of the Galician railway history which it is very much a part of.

There is a complete collection of manuscripts that makes up almost a totality of all his work.

The library consists of 45,000 volumes, including all editions and translations of the work of CJC. The newspaper library includes 1,200 titles of magazines and newspapers with a total of 45,900 copies, among which includes the full journal file of Son Armadans . The collection of his letters consists of more than 90,000 letters. The pinacoteca gallery is made up of major names in contemporary art (Picasso, Miro, Mosquera, Ulbricht, Zabaleta, Úrculo …), and has various drawings by Lorca, Alberti and even Cela.

Hundreds of titles, honors and awards, among which are the Nobel (1989), the Cervantes (1995) and the Prince of Asturias (1987) – as well as collections and objects that Camilo José Cela went compiling along his life and because of their richness and variety the collection surprises all visitors.

We have to add the legacies of José María Sánchez Silva, José García Nieto, Maria del Carmen and Fernando Pajares Escolano Huarte and manuscripts of other authors.

Camilo José Cela died in Madrid on January 17, 2002, following his wishes, he was transferred to the Adina cemetery. 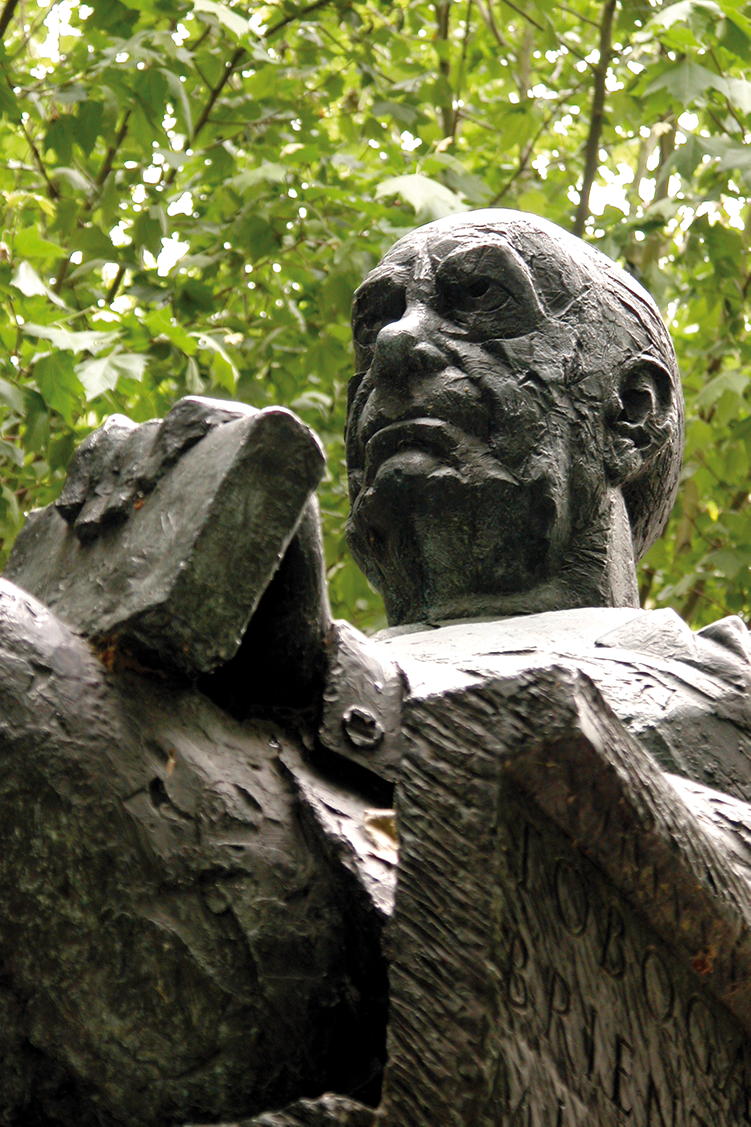